The architects were J. B. & W. Thornely. The library was built on a corner plot at the junction of Ormskirk and Ellsmere road, in the Edwardian Baroque style. Besides Carnegie, the Earl of Ellesmere was also a benefactor of the library 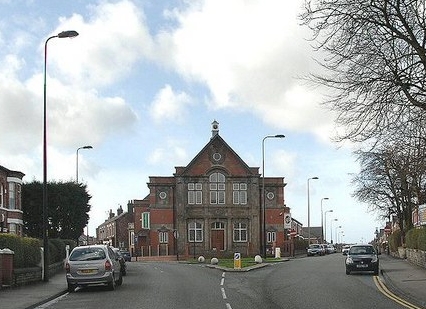 Application was made in 1902 and once agreed, a site was chosen on York Street. The Bolton architects Bradshaw and Gass were appointed in 1904.

Current status: Still open as a public library, run by Wigan council (2017) Article below states that there was a plan for the building to close and library services to be moved to a room in the town hall. Later article says customer services point is to be moved into the library. 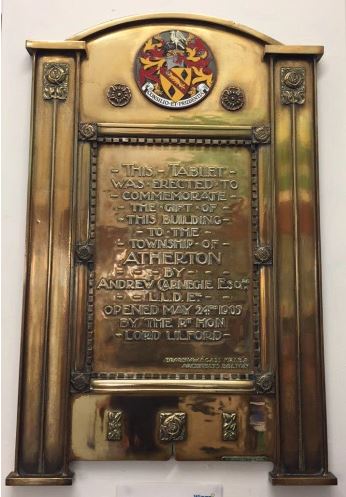 A former lecture hall and library, now a library, built in 1905-6 to a design by the architects J B & W Thornley. Along with Carnegie, the Gerard Estate is listed as a benefactor of this library (perhaps the descendents of Sir Gilbert Gerard, a prominent lawyer, politician, and landowner in Tudor times who had large estates in Lancashire and Staffordshire).  The children’s library was added when the lecture hall fell out of use.

Refurbished and reopened in 2006 to mark its centenary.

No free to use photo identified yet 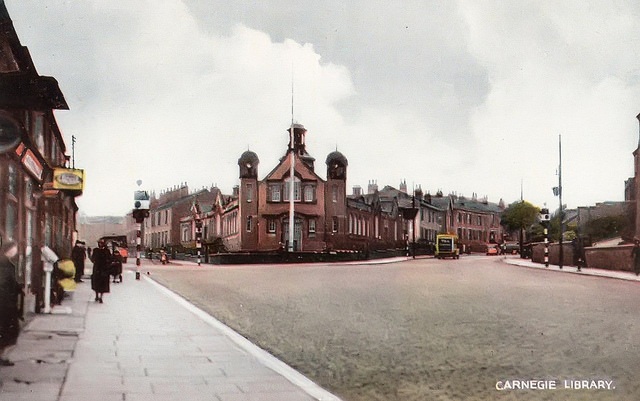 Not from my collection, this was found via flickr

Opened in 1909 on the site of the old Temperance Hall and Mechanics Institute on Stanley Street. The architect was Arthur John Hope (from the firm Bradshaw Gass and Hope).

Current status: Closed in 2020 when plans were made to relocate library services to the Town Hall. The article on the plans below notes: “The restrictive covenant on the library also prevents the land from being used for anything other than a free public library for the people of Tyldesley……… but the council could try and convince the beneficiary to allow alternative uses, or apply to the Land’s Tribunal to remove or change the covenant.” (2020) This is the first restrictive covenant I’ve seen on a library in the UK – although they are more common in other countries.

Photo credit: SMJ and licensed for reuse under this Creative Commons Licence