Built between 1903-5. Designed by Barrowcliff and Allcock of Loughborough. The entry on the listings register describes it as being in “an exuberant Baroque style”. It includes a linked former librarian’s house (which is in a vernacular revival style). It contains art nouveau style glass.

A large extension was added in the mid-1960s. In 2013, after various other council services moved in, it was renamed Loughborough community library and learning centre. 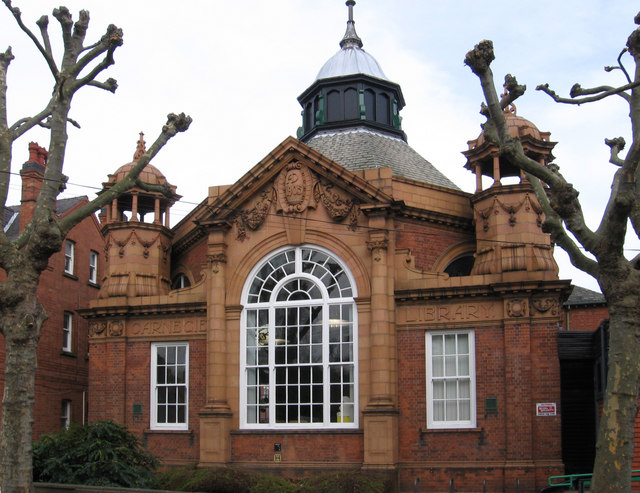 From Geograph: © Copyright Dave Bevis and licensed for reuse under this Creative Commons Licence 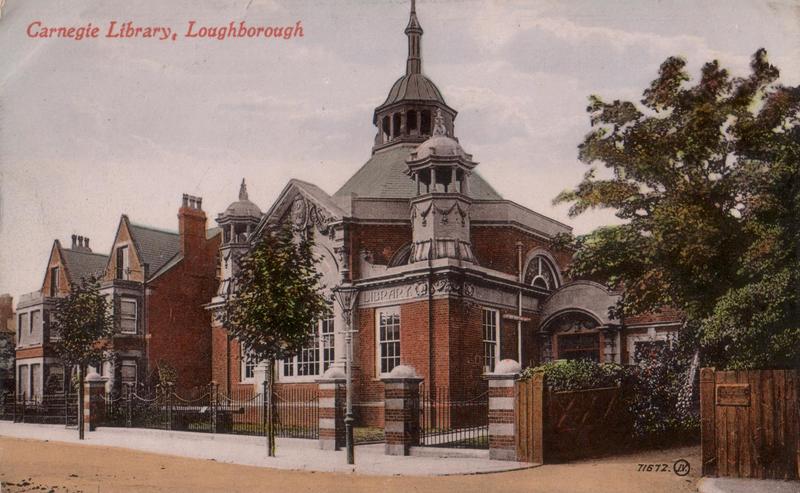 Designed by 1906, by architects Gorman and Ross of Long Eaton and built by Messrs J & J Warner of Mickleover.  Above the entrance is a “mosaiced tympanum with the figure of Learning set against a golden sunburst.” 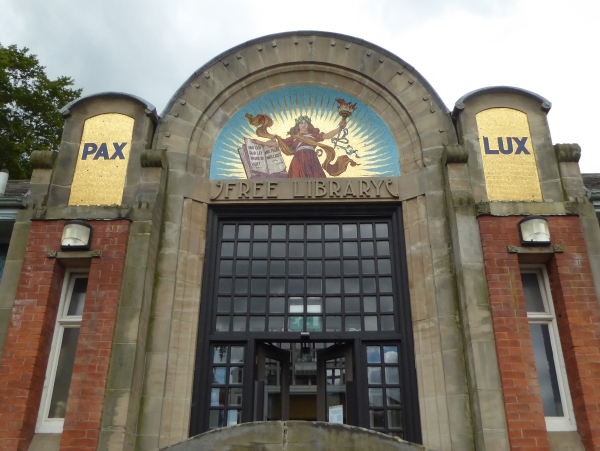 The library also has a large stained glass window by Stoddart of Nottingham. 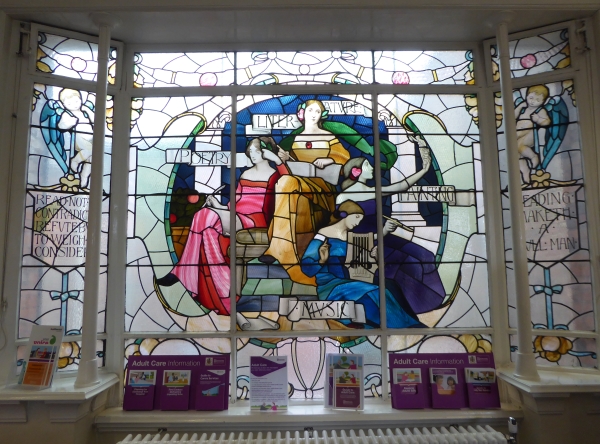 The children’s library was added in 1954, and the building was further extended in 1966, with the addition of the Stevenson Gallery, then reopened after refurbishment in 2005

Awarded Grade II listing in 1986. To east of the main entrance is a pair of free-standing iron gates, all that now remains of the original Art Nouveau railings that encircled the library. These are also included in the listing.

I read the booklet ‘Memorial of the Inauguration’ – which contained a step by step account of the first decision to build a library – including listing the many towns people who pledged funds. The first sod was dug on 11 March 1905 by Mr Enoch Wallis. Sir Walter Foster MP laid the foundation stone on 3 June 1905, accompanied by a choir of 100 school children. 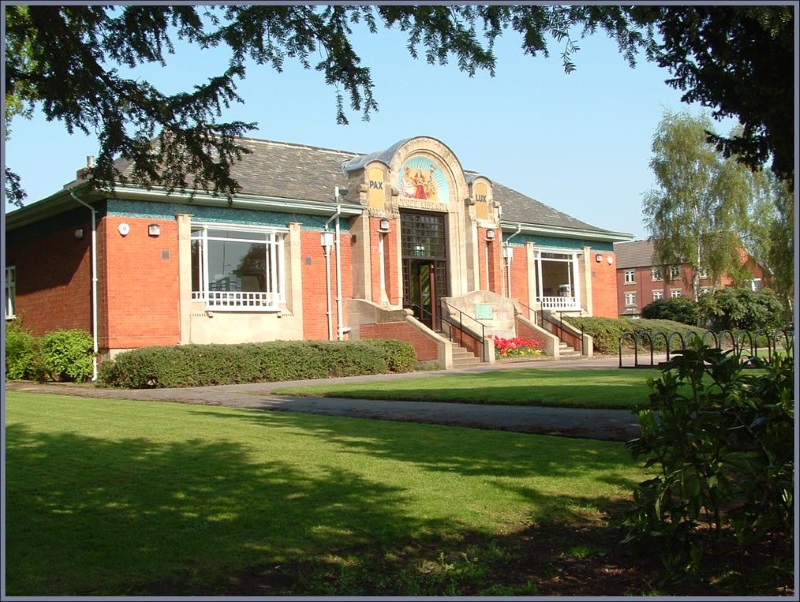 Image credit: Richard Belton (former library manager) – and thanks to Kath Aitken, who shared it. 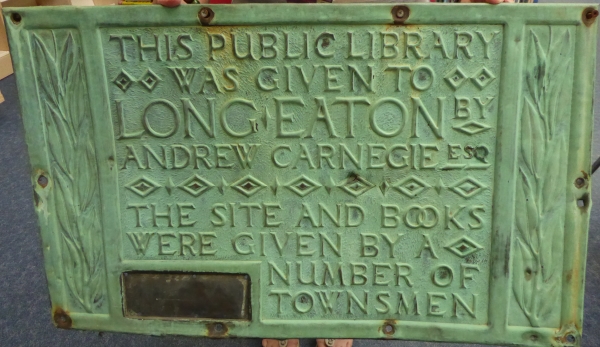 With many thanks to the team in the library who helped me find information about the founding of this library – and also bought the plaque out from a storeroom (where it had been placed after someone tried to steal it from the front). 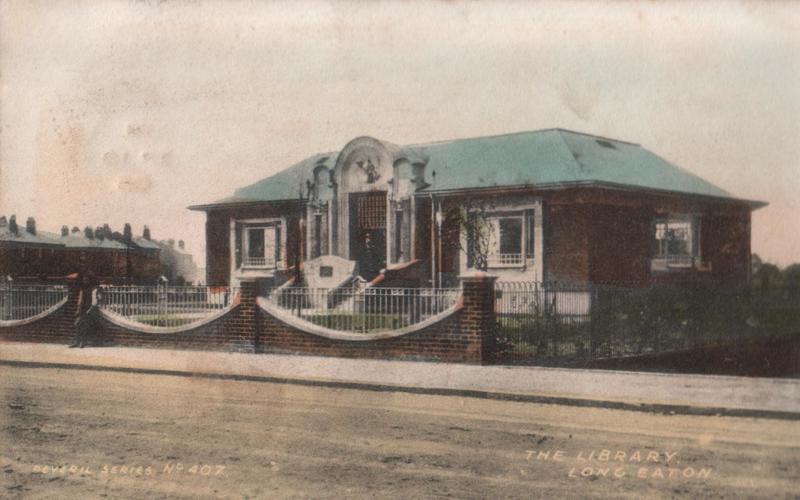 Yes, in August 2017 on our way home from a holiday in the Peak District. The library was open and busy with children doing craft. I found information about the early days of this, and the other library Carnegie funded nearby, in Ilkeston. Apparently he was unable to visit either when they were opened, but went to Ilkeston later in 1905 where he was made a Freeman of the borough, and presented with an illuminated scroll of thanks from the people of Long Eaton.