The architect was John E Goodacre.  From the website linked below: “Thomas Smith was a Mansfield Town Councillor who lived at 18 Bagshaw Street. By profession he was a builder and donated a piece of land further along the street on which the Free Library was built. …. When the Library was closed, Mansfield Borough Council, as it then was, put the building up for sale for £575. It was bought by a local butcher, Alf Fensome, who had it converted into a bungalow, in which state it still exists today.”

Current status: Library closed in 1941. As described on the website linked below, it is now residential. (2020)

One of the five branch libraries built in Nottingham (the others being Basford, Bullwell, Carlton and Meadows). This was a post-war one funded by the Carnegie UK Trust. Design and procurement was overseen by Nottingham City Librarian, Walter Briscoe (who oversaw four of the branches listed above – the exception was Carlton – built 1906). He went on to publish an authoritative text, “Library Planning” in 1927 in which all four are extensively illustrated.

The architect was T. Wallis Gordon, and the library is described as being in the Elizabethan style, and featuring innovative materials: “The dressings are composed of artificial stone”.

Current status: Still open as a public library, run by Nottingham City Council (2021) Update – This is one of 3 libraries the council propose to close. The article linked below doesn’t suggest what might become of this building (January 2022).

Nothing in my collection yet – although the website “Picture Nottingham” contains some images of the interior, dating from the 1950s.

The architects were: Haslam Son & Hollely (Gazetter of Public libraries) or Haslam, Son Holley (in the Historic England listing).

The Carnegie UK trust appears to have made several investments in this area. A suggestion made by a Worksop librarian to the trustees formed the basis of the idea of establishing one central depot for books to be supplied to villages in rural areas to reduce costs. In 1916 the trustees granted £800 to circulate books from Worksop to villages within a 10 mile radius.

In 1928 the library changed its name to Worksop Library and Museum but in 1932 the disastrous Worksop flood caused damage to the museum and it had to close. A new museum and library opened on Memorial Avenue in 1938 – where it stayed until 2010.

No mention in that article that the Trust had anything to do with the new library, but another article (about Canch Park) describes: …. the old Carnegie Library building, currently occupied by the Aurora Wellbeing Charity.

“This former Central Library and Museum, with its rotunda dome, now houses the premises of a well-being and cancer-related therapies charity, a teashop and a charity shop. The Carnegie Foundation-sponsored building by Hallam, Son Holley (sic), was opened in 1938 and closed in 2010”. [from geograph photo caption]

Current status: No longer a public library, see above (2017)

The grant was given by the Carnegie UK Trust. Over the main entrance is the inscription: Nottingham public libraries Northern branch. The architects were Bright and Thoms. 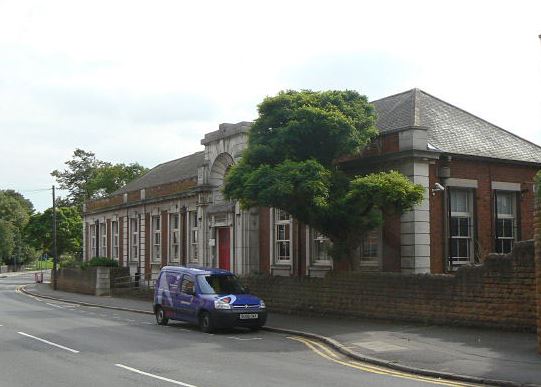 Photo credit:Alan Murray-Rust and licensed for reuse under this Creative Commons Licence

A grant from the Carnegie Trust allowed for a Carnegie Free Library to be built in what was then Towle Avenue, Stapleford in 1906. As the site had previously been part of the grounds of Stapleford Hall, owned by the Borlasse-Warren family Towle Avenue was later renamed Warren Avenue.

Current status: Used as a public library until replacement by modern premises in 1981. Then fell into disrepair until purchased by Stapleford Town Council in 1987 and subsequently renovated and re-opened in 1988 as The Carnegie Centre. Now home to Stapleford Town Council. nb in 2013, while Stapleford library was refurbished, library service were briefly offered from the Carnegie centre once more. (2017)

Photo credit: Oxymoron and licensed for reuse under this Creative Commons Licence

The foundation stone was laid by Mrs AB Markham on 6 July 1904. Land for the library was donated by the Duke of Portland. The architects were Ernest R Sutton and FW Gregory.

Current status: Converted in 1975 and became the Mansfield arts centre (2017) 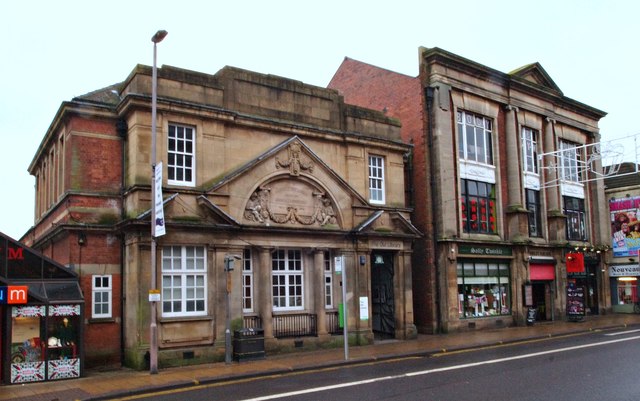 © Copyright David Hallam-Jones and licensed for reuse under this Creative Commons Licence
Note the additional storey!

Construction started in 1912 (a stone tablet on the building records this). The architect was Ernest W Bostock, and the builders were Vallance and Blythe of Mansfield. Refurbished in 2004. 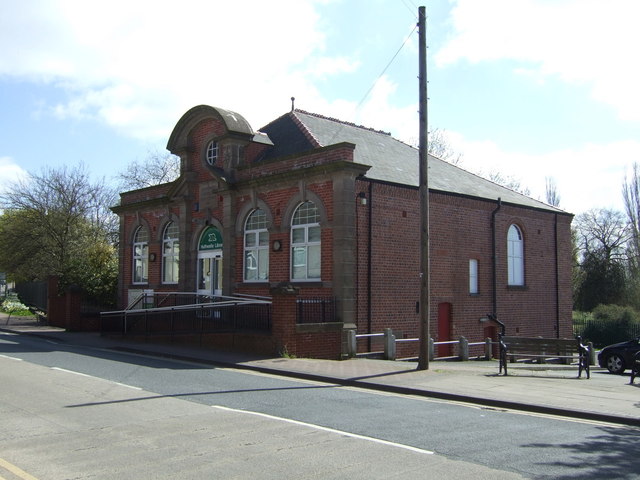 Huthwaite library, © Copyright JThomas and licensed for reuse under this Creative Commons Licence

The architect was JC Haller.

The architect was a local Arnold man, William Henry Higginbottom, who designed many of the other big buildings in the town, such as the Empress cinema and Church Drive school.

This was originally known as Southern Branch. The architect was Arthur Dale.

Visited on May 31 2016. It was really busy, as it was half term week, and the Friends group was running a session with a childrens entertainer. The library is lovely and bright, and the garden out back (also maintained by the Friends group) is a valuable asset.