Designed by Henry A Crouch in a loosely Baroque style and built by James Herbert. The land was given by Sir Henry Foley Grey, who was Lord of the Manor of Malvern and also Chairman of the Malvern Urban District Council at the time. His donation consisted of a meadow, so that the library would have space around it for a garden. The local benefactor, CW Dyson Perrins, also gave an additional £3,000 so that the building could ‘be more complete and with better fittings’. Perrins’ grant also paid for a lecture hall, to the south of the entrance, to seat 200.  [from the listing]

The foundation stone was laid by Lady Lambert on 9 February 1905.

The library was restored in 1967 and an extension to the ground floor and basement was added to the east side in 2005, which replaced and extended the additions of 1936. 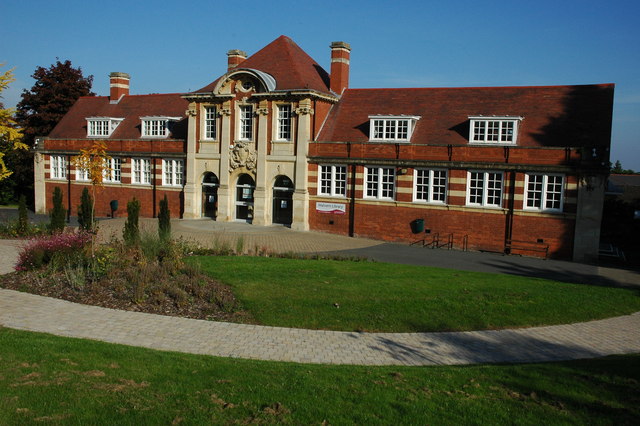 Photo credit: Philip Halling and licensed for reuse under this Creative Commons Licence 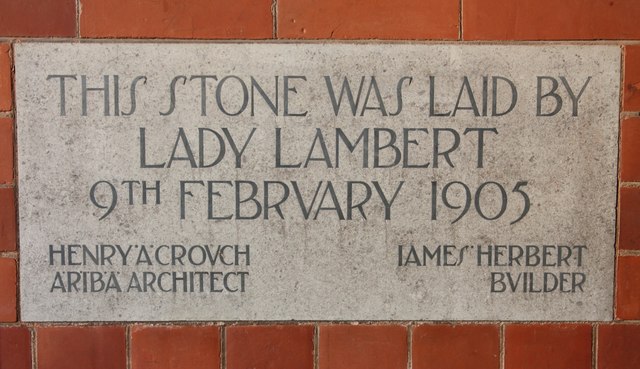 Photo credit:  Bob Embleton and licensed for reuse under this Creative Commons Licence