Unusual for libraries awarded grants from Carnegie, this wasn’t a new building, but funding was used to convert a row of cottages and a former technical school (1899). They were originally built in the late 15th century, and there was controversy when the original plan suggested they might be demolished to make way for a modern library (see link below to Marie Corelli and the Stratford-upon-Avon controversy).

The architects of the library were Edward Gibbs Holtom and A. Cossins. 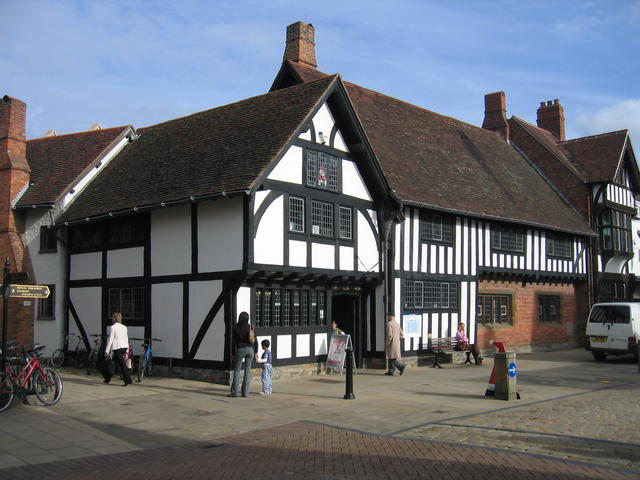 From Geograph: © Copyright David Stowell and licensed for reuse under this Creative Commons Licence 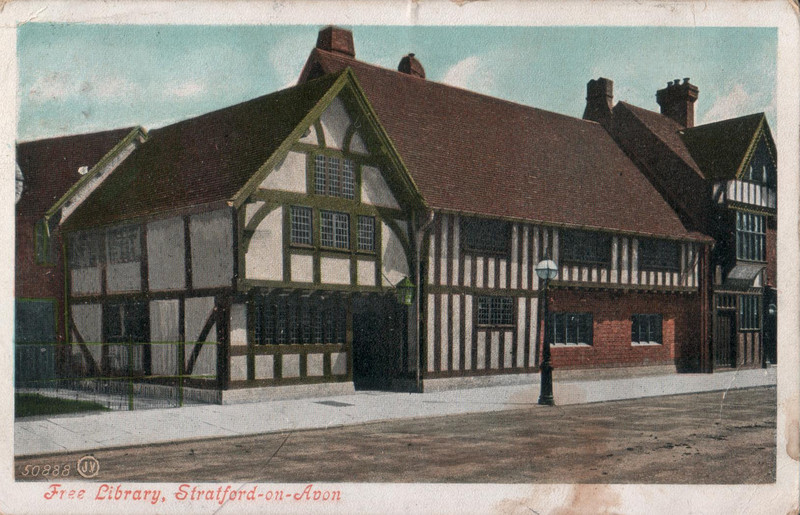