The architect was Edward Potts, and his design was in the renaissance style. The library was built on a slum clearance site in the town centre.

The ‘Carnegie Library’ as it became known was extended in 1971. In 2006, a major transformation took place as the library was incorporated into the LIFT Centre –  healthcare initiative. 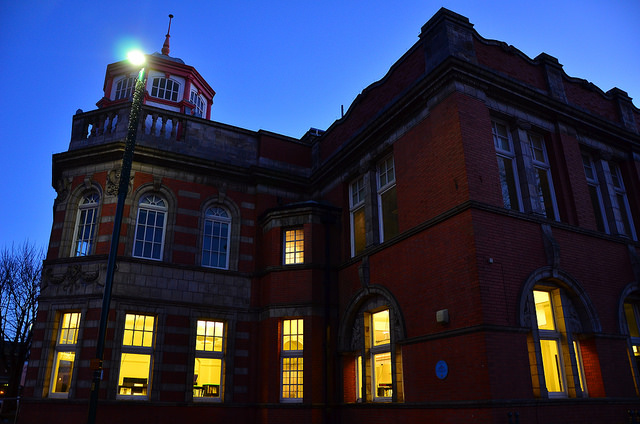 nb the library is almost hidden by the word Eccles!

One thought on “Eccles library”