The library committee wrote to Carnegie in June 1905 and received a promise of £2,500 (an overspend was covered by a further grant).  Following a competition judged by the Reading architects Charles Smith and Son, the local architect WG Lewton was chosen. Described as being in the ‘free renaissance style’ (possibly meaning that it is not symmetrical, and borrows elements from a range of styles, include Arts and Crafts, and classical). The foundation stone was laid 23 March 1907 by William Bullivant Williams, who had donated the site. 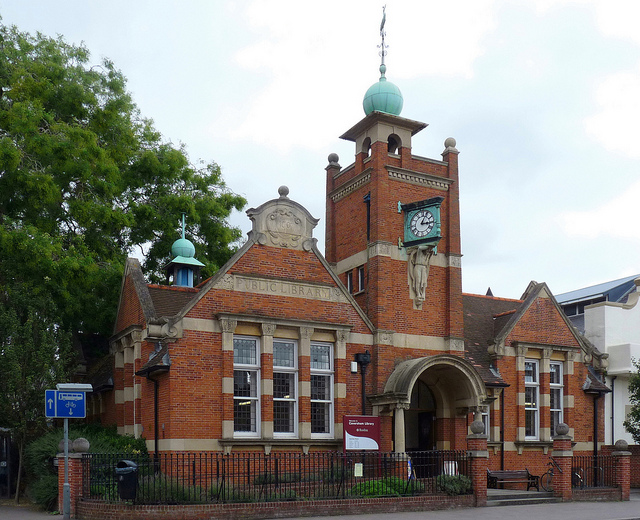 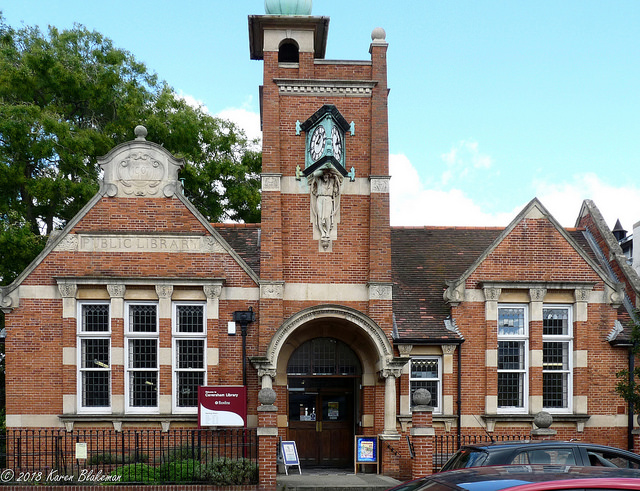 Thanks to Karen Blakeman for permission to include these photos.

The photo below is from when I visited in 2008: 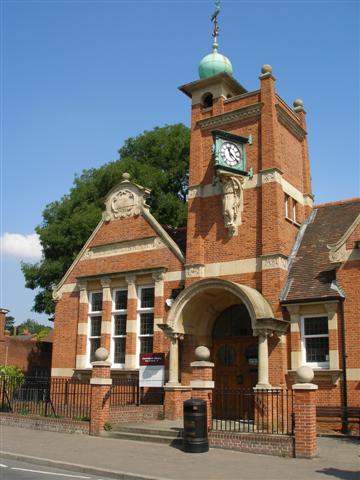