In general, the communities that applied for a grant to help fund a public library were those in which there was no free library. However, on occasions, an application was made in a place where a library already existed. Such was the case with Lincoln which secured the very large grant of £10,000.

The City had adopted the Public Libraries’ Act and had established a library in the old Assembly Rooms over the Butter Market in Silver Street in 1894. By the following year the library had some 7,000 books as well as news and reading rooms.

In the early years of the 20th Century it was decided that a larger library with open access and a much simpler borrowing system was needed, so an application for funds was made to Andrew Carnegie.

The new library, which remains as the public library in Lincoln, was built in Free School Lane to a design by Sir Reginald Blomfield, who also designed the Usher Gallery. Dr. T.E. Page, a distinguished Lincoln classics scholar, opened the library. A large stone plaque in a meeting room adjacent to the children’s library reads: ‘This building owes its erection in 1913 to the munificence of Andrew Carnegie’
[from the article by David Lambourne – see link below]

It was awarded Grade II listing in 1969. [nb. listing says it is a 1914 building – presumably as that is when it opened]

Current status: Still open as a public library, run by Better (Lincolnshire have contracted out their libraries and they are now run by the CIC formerly known as GLL)  (2018) 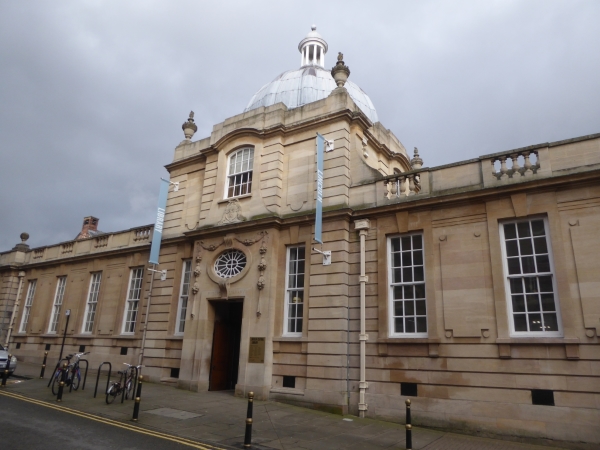 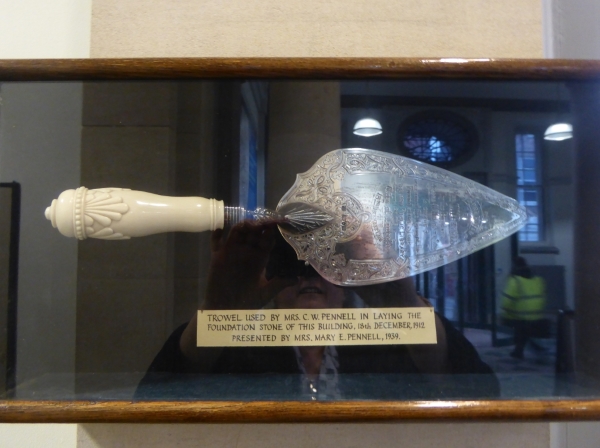 Yes, in February 2018. We ran a workshop in the freshly decorated meeting room – the former reading room which is in the wing to the left of the main entrance hall.