Designed by Manchester City Corporation architect Henry Price in the Edwardian Baroque style (he also designed other libraries in Manchester, including Didsbury). Became Grade II listed in 2013. The listing states: “In 1912 Henry Price’s original plan drawings for the building, which were being sent to Andrew Carnegie for approval, went down with the RMS Titanic; duplicate copies were sent later.” In c1964 an extension was added on to the south-east side and in 1983/4 some internal alterations were carried out. This latter work included inserting a floor into the dome to provide a staff room. 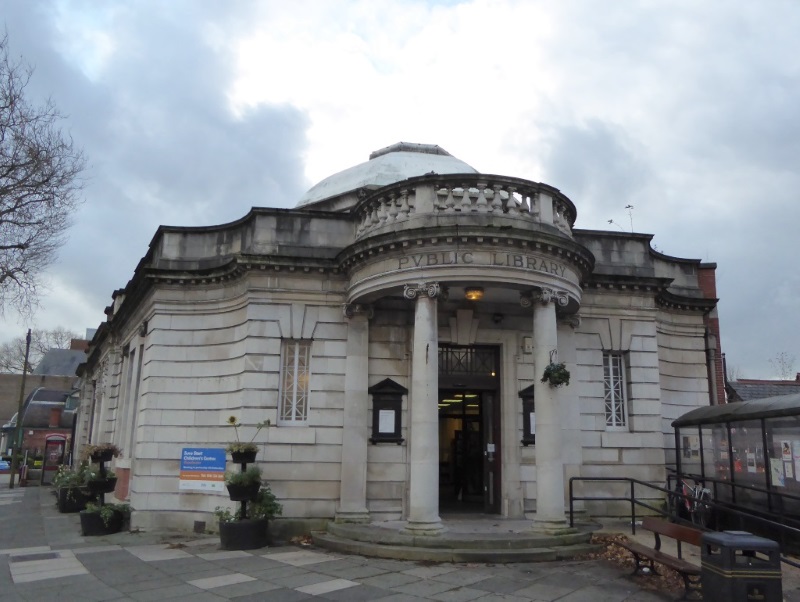 Visited December 2015 and had long conversation with one of the members of staff, who has done a lot of work on the origins and development of the library.

One thought on “Chorlton library”